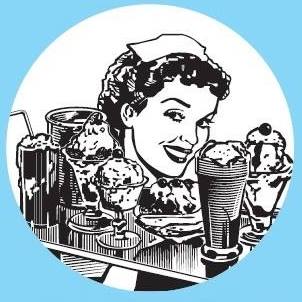 The Royal Show Milk Bar is in the fixed location inside the Perth Royal Showgrounds at 9 Hardy Ave.
Winners of the Novelty Awards in 2018 for our Freak Shakes, come try one of our popular traditional milkshake or Freak Shakes!

We have our first fixed location!

Our Freakshakes were a big hit at last year’s Royal Show with a great write up from Perth Now..

” If you think MC’s Choc Banana Freakshake is a mouthful to say, wait until your order arrives. Imagine a milkshake dreamt up by Willy Wonka on acid. Then add even more whipped cream, doughnuts, chocolate and lollies. “

“Of the four flavours, The Sunday Times food reviewer Gail Williams said spearmint was her personal favourite, but predicted the rainbow-coloured strawberry would be the biggest hit with kids. 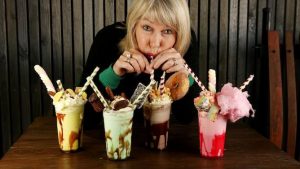 “To me this is the Royal Show in a cup, it is just divine,” she said.”

We will have new and improved shakes for this years Show, ready to rock your taste buds! 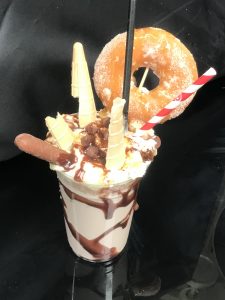 Not THAT Dunkin’ – our founder Duncan loves a donut, so he is a big fan of this freakshake.
Piled high with choc buttons, choc finger biscuit, ice cream cone and that Show essential

a sugar dusted donut. Finished with caramel choc sauce and whipped cream for a new twist on an old favourite.

Matt’s Mighty Minty Attack Freakshake
A minty attack on your tastebuds! A spearmint milkshake topped with a lamington and muffin, accented with choc fingers & a Mint Slice, topped off with a dusting of chocolate, sauce & whipped cream. Yummmm!

MC’s Choc Banana Freakshake
A freakshake to go ape over! A choc banana shake topped with a marshmallow twist, sweet bananas, choc wafer and fingers topped with sauce and whipped cream. It’s on like Kong!

Strawberry Showstopper Freakshake
Stop the show! JD’s will have you on a trip to candy land with our Strawberry drizzl

Michelle’s Magical Unicorn Freakshake
This rainbow delight is all  the myth and magic come to life!
A Magical Unicorn Shake filled with ice cream, marshmallows, crispy wafer and topped with a mini unicorn cupcake. It’s a dream come true! 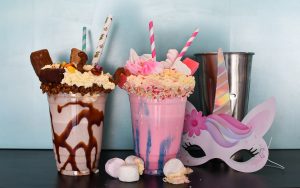 whipped cream, chocolate coated vanilla ice cream, topped with a crispy wafer and Curly Whirly. It will leave you feeling out of this world!